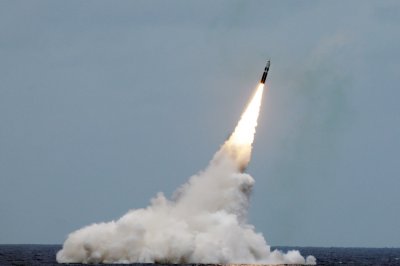 Nov. 5 (UPI) — Lockheed Martin Space has been awarded a contract modification for work on submarine-launched intercontinental ballistic missiles, part of the nation’s nuclear triad, for the U.S. Navy.

The $40.3 million contract, announced Monday by the Department of Defense, covers production and deployed systems support for the Trident II D5 and is the latest in a string of contracts for the missiles issued to Lockheed this year.

The Lockheed division received a $494.8 million modification under the same contract for production and support on the Trident II at the end of September as part of ongoing upgrades and improvements to the missile system.

The Trident II D5 ICBM is used for the sea-based portion of the United States’ nuclear capability. The other legs of the triad are launched from either air or land.

The Trident II D5 ICBM, first deployed by the Navy in 1990, is a three-stage, solid-fuel, inertially guided missile that can travel as far as 4,000 nautical miles and deliver varying numbers and multiple types of reentry bodies, according to the Navy.

The Navy has obligated the full value of the contract from fiscal 2020 weapons procurement and other procurement funds, with work under the modification expected to be completed by Sept. 30, 2024.